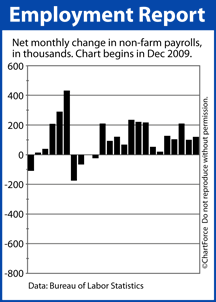 Mortgage markets made little change last week for the fifth time in as many weeks.

As Wall Street watched both the Eurozone and the U.S. regain their respective footing, expectations for a new Fed-led stimulus increased, which prevented mortgage rates from rising.

1 discount point is equal to 1 percent of your loan size.

For every $100,000 borrowed at 4.00 percent, therefore, today’s mortgage applicant should expect to pay $700 in “points”. Mortgage rates for “zero-point loans” are higher than Freddie Mac’s published, average value.

This week, with few economic releases set for release, last week’s big stories should carry over into the current one — the biggest of which was a worldwide, coordinated central bank effort to increase system liquidity.

The European Central Bank, Bank of England and U.S. Federal Reserve were joined by the central banks of Japan, Canada and Switzerland in the effort. Stock markets rallied on the news.

Another of last week’s big stories was the sharp drop in the U.S. Unemployment Rate.

After hovering near nine percent since April, the Unemployment Rate broke out of range, dropping to to 8.6% in November. This is the lowest national Unemployment Rate since March 2009, a milestone achieved via the combination of new jobs created (+192,000 in November with revisions) plus a smaller U.S. workforce.

Lastly, last week’s New Home Sales and Pending Home Sales Index releases support the growing belief that the U.S. housing market is in recovery. Both reports showed strong growth for October, corroborating what home builders have been saying — the housing market is improving and buyer ranks are growing.

Home supplies are lower in many U.S. markets.

This week, rate shoppers should be on alert. Market momentum changes quickly, and rates are currently anchored by the expectation of new Federal Reserve stimulus. The Fed meets December 13, 2011. As that date approaches, expectations could change, causing rates to rise.

Mortgage rates remain near all-time lows. It’s a good time to lock a rate with your lender.